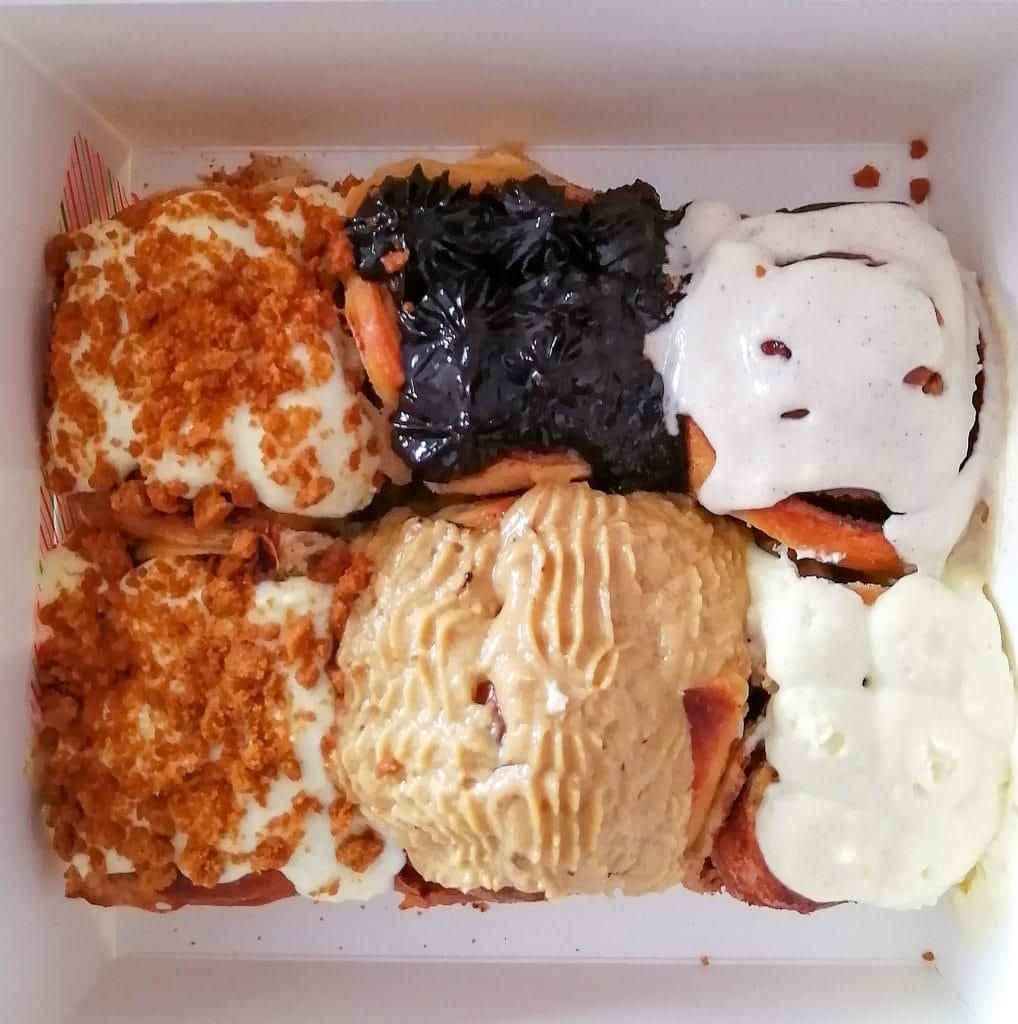 I first tried Cinnamon buns at Bugis Junction and was hooked to the fragrant cinnamon notes. The fluffy and fragrant soft buns with various fillings are so addictive.

So happy to try Cinnamon rolls from Marvellous Rolls who has been baking cinnamon rolls since 2000. All of their buns are handcrafted and baked at their shop. They don't skim on the ingredients and their toppings are very delicious. I love the richness of each topping (Cream cheese, Nutella, Speculoos, Cafe Au Lait).

The quality of their ingredients (especially their cinnamon) stand out easily. I love how the various fillings are generously loaded onto the buns. It has the right amount of sweetness and the cinnamon taste is pronounced. Each bun is coated with just the right amount of cinnamon fillings for us to enjoy the spices. The buns have a slightly firm texture.

Their original cinnamon bun taste so good on its own as their cinnamon spices are very pronounced. It's not overly sweet and their cinnamon flavour could shine through.

I love the flavoured cinnamon bun as it elevates the taste of the buns further. The amount of frosting on top was perfect for the bread just right. These flavors are excellent: Cream cheese, Nutella, Speculoos, Cafe Au Lait.

Their coffee scent is very distinctive and has a great thick texture. It is very rich and I absolutely love it.

They bake in small quantity daily to maintain freshness so do pre order at least 24 hours prior to picking up or delivery. Do check our instagram @marvellousrolls for fully booked dates.

My name is Ann. I like to blog about food and travel. Connect with me through Instagram/Facebook/Email

Get Updates For New Posts!

You may opt out at anytime.

Spectrum of the Seas Review (with Tips)

I have always love Mexican street food, but not so much of a Tacos fan […]

Looking for any delightful pastries at Central Singapore? Look no further, with the premium selection […]

It's certainly true that Fuzzie is a game-changing, all-in-one privilege club that grants you special access to […]